I spent last weekend down in Los Angeles with my sister Mel, celebrating our birthday. Mel and I are twins, and since I moved to San Francisco four years ago we’ve been good about getting together every year for our birthday in one of our home cities. Last year was a bit more special. Mel was getting married in February, so it was the last birthday we’d spend together before her wedding. We wanted to do something different, get out of town, and have one last hurrah together. So we went to the Grand Canyon.

Grand Canyon is a pretty popular American family road trip, but somehow we had missed out on it growing up. Neither of us really knew what to expect, but we knew it was a famous place that was far enough to really get away but close enough to do in just a few days. We stuffed ourselves into her brand new Ford Fiesta and hit the road! Here’s some highlights from our trip last year. Mel is a photographer, so while some of the photos are from our iphones, many are from her Nikon digital and film cameras. 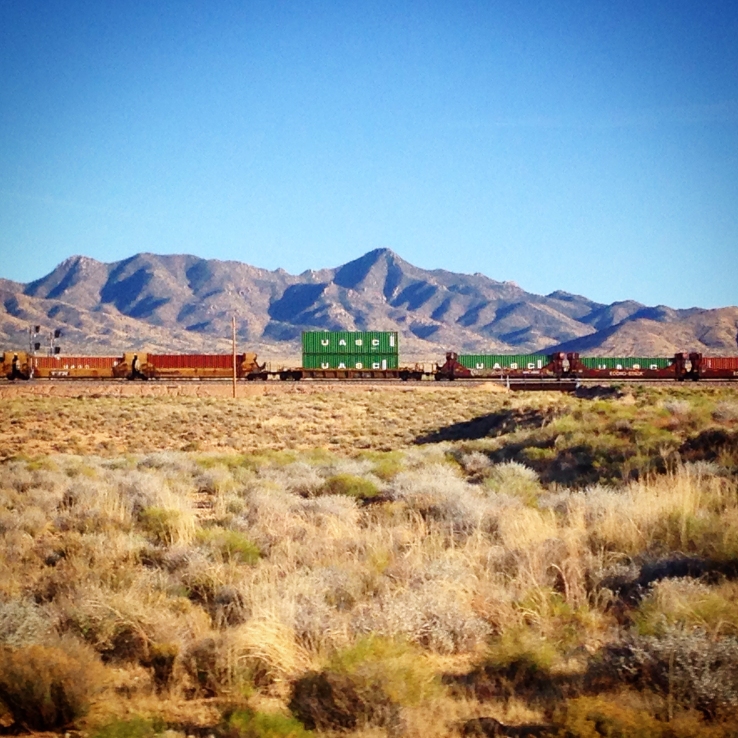 Williams, Arizona is the gateway to the Southern entrance of the Grand Canyon. For those tourists who want to pay for convenience, you can even ride the Grand Canyon Railway out of Williams to the park! We passed on that, preferring the drive and the cash we saved.

I haven’t spent much time in Arizona, but I adored quaint little Williams. A quintessential Southwestern town, it boasts a few main streets lined with old buildings from the Gold Rush era. It of course gets more traffic than most towns of it’s size with it’s proximity to Grand Canyon, but in November when we visited it was fairly sleepy, with a nip in the fall air.

What really made Williams for us was the hotel we stayed in. The historic Grand Canyon Hotel is a European-style boutique hotel from 1881 and the oldest hotel in Arizona. For such a fancy sounding place, it was very affordable, especially in the off-season when we visited. The Grand Canyon Hotel has 25 rooms, each one themed and uniquely decorated. I hemmed and hawed between the giraffe room and the romantic room, and ending up going with the latter for the claw-footed tub in the bathroom and pretty antique furnishings. I’ve sorely missed having a bathtub in my apartment in San Francisco and definitely enjoyed basking in this one after long days of sightseeing!

Anyone who knows me in real life knows that I adore animals, and Mel does as well. So when we found out there was a wildlife park just a short drive from Williams, we had to visit!

Bearizona only boast animals that are native to the wildernesses of the southwest, so think black bears, buffalo, wolves, birds of prey, etc. It has 3 different components that visitors can enjoy: the drive-through animal park with the large animals, the smaller walking park with smaller animals, and the animal demonstration shows.

The whole day was amazing, but for sure the drive-through part is the best. This part of the park encompasses 3 miles, and the animals have natural habitats and lots of space. You see them doing their natural animal things, which involves a lot of sleeping during the day for animals like bears and wolves, and grazing for animals like buffalo and sheep. There is an audio guide that you tune to your car stereo, so you get more information about the animals as you drive. The only downside was that a lot of drivers around us couldn’t seem to follow the simple park rules, such as leaving your windows rolled up (which is really a no-brainer- these are wild animals!!!) and pulling off the road only on the right side so other cars could easily pass. But that’s life, where there is a tourist attraction, there are dumb tourists.

The walk-through park had some lovely animals as well, particularly the gorgeous foxes and sweet family of peccaries (wild boars). We also saw the bird show, in which birds of prey such as eagles, hawks and falcons fly over the heads of the audience!

After Bearizona, we spent an evening in Sedona, Arizona. There are a few things that draw visitors to Sedona, but the main one is the red sandstone rock formations that glow bright red when hit with the setting sun. They are truly stunning, a photographer and artists’ dream! A lot of people attribute the rocks with spirituality and flock to Sedona for hippie spiritual stuff, but for my photographer sister it was a great opportunity for some beautiful nature shots.

Before visiting the Grand Canyon, I really didn’t realize what a big deal it was. Maybe it’s because I’m a city girl, but I just didn’t think about it much besides being a place to go. From the moment I laid eyes on it, however, my jaw dropped and my breath was taken away.

It is hard to properly describe how awe-inspiring the Grand Canyon actually is. It is huge for starters, at 227 miles long, up to 18 miles wide and almost a mile deep. It is ancient, with 2 billion years of the earth’s history visible in the rock layers exposed on it’s sides. And it has historical significance, both as a spiritual site to the native Pueblo people and early western explorers like Major John Wesley Powell and early preservationists like Theodore Roosevelt.

With such an impressive site, there is so much that a visitor can enjoy and explore, from the most casual tourist who merely wants to drive and see stunning views to the hardcore backpacker who wants to hike down to the floor and raft the wild Colorado river. Mel and I love nature, but are by no means hardcore, so we did a casual hike down Bright Angel Trail. For most folks, this is where they set off to get all the way down to the Colorado below, and we definitely looked out of place in our sweaters and jeans next to the intense rugged types with their hiking boots and gear strapped to their backs!

Other highlights of the day included visiting the historic Kolb Studio and Desert View Watchtower. The Kolb Studio is an old Victorian house perched right on the edge of the Grand Canyon. It was home to Ellsworth and Emery Kolb, two brothers who were pioneering explorers and photographers of the Grand Canyon beginning in 1906, and took many incredible photos of still-unexplored parts of the canyon. I loved seeing their photos and learning their story, as well as seeing the current exhibit of modern paintings of the Grand Canyon on display.

The Desert View Watchtower also sits on the edge of the Grand Canyon. It was built in 1935, but made to resemble an Ancient Puelbo Peoples watchtower, a decision that I find to be incredibly conscientious for the 1930’s. The three levels inside are painted to resemble different ancient petroglyphs and depict scenes that are important to the culture and spirituality of the Pueblo people. Despite being such a fascinating building historically, the views from the watchtower are spectacular, and it was there that we enjoyed the sunset over the Grand Canyon.

I am my father’s daughter, and enjoy a good road trip. Once you are a few hours outside LA, the route to Williams gets really fun. Route 66 is a more off-beat piece of American history. One of the original highways in the U.S., Route 66 was established in 1926 but really became a major thoroughfare with the dust bowl migration of the 1930’s. Motels, restaurants, and other businesses sprang up alongside it, most of which became quite gimmicky and kitschy to get drivers to stop in. It’s wacky fun to drive along, and just as enjoyable for me are the more lonely stretches with abandoned buildings and trains snaking by. On our way to Williams, we hardly stopped at all, but heading back to LA we stopped in at the Roadkill cafe for breakfast and did a really fun fashion photo shoot throughout our drive. 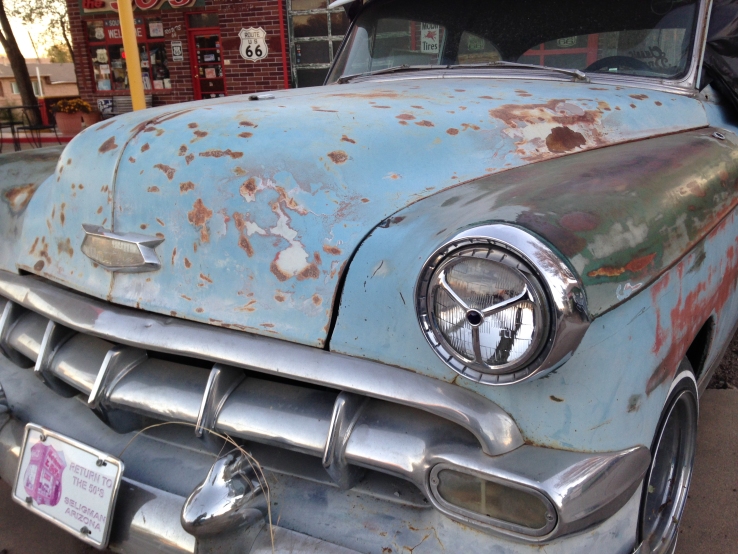 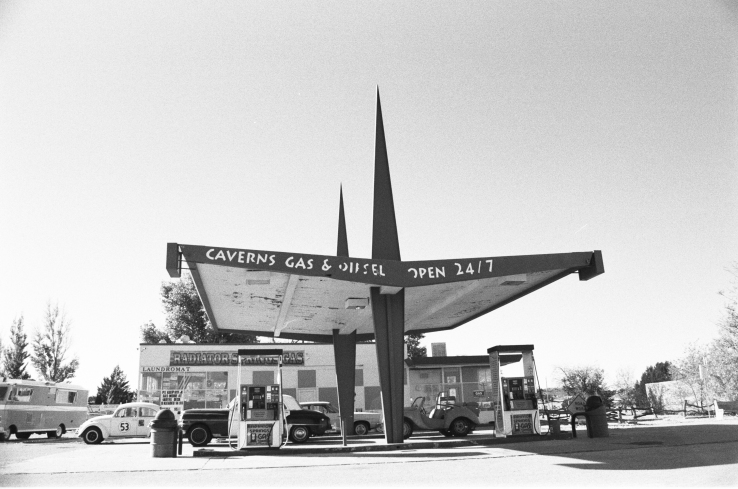 And there you have it! As you can see, the Grand Canyon and surrounding areas make a great trip to take your photographer sister for a short getaway before her wedding. I’ve been very blessed for the trips I’ve been able to take while living in California. There is so much stunning nature and off-beat history that is so easy to get to here. 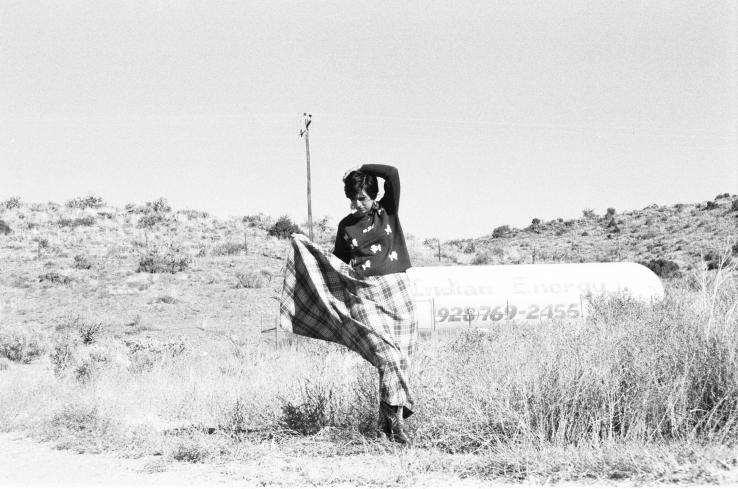