After the first day of epic apartment-hunting, I had returned home with a solid option, a one-bedroom furnished apartment in Üçyol for 800 TL. Sadly, it fell through, and the landlord went with someone else, so a few days later Zac and I met with our friend Yasin to hit the streets again. Time was running out though. We had only a week left to find a new aparment!

Our plan was to walk around the neighborhood and go into every emlak (real estate) office we saw and inquire if they had something in our price and location. The first place we stopped at did have something, an unfurnished one-bedroom for only 500 TL! The emlak agent showed us a few pictures, and it looked ok, so we went to have a look. He gave us directions and we walked down the hill while the agent, who was a bit overweight, rode his scooter and met us there.

This place was by far the worst we saw. The pictures he’d shown us had been take when people had lived there, and portrayed a much different picture. The apartment we saw was dirty, tiny, and needed a LOT of fixing. The agent knew it was a piece of crap too, because while we were there he kept dropping the price and swore that everything would be fixed and painted. 400 TL is pretty cheap, but we were not in the market for a fixer-upper.

Back on the streets, we asked at a few emlak offices that didn’t have anything before finally finding one that did: an unfurnished 3-bedroom for 800 TL in Hatay, a nearby neighborhood. It felt like it had been so long since we’d seen anything so we agreed to see it. We got on the bus with the emlak agent and rode over to Hatay.

From the moment we were off the bus, I loved Hatay. Hatay is a great mixture of energy and relaxation, with bustling, lively shopping streets and quiet residential streets. The neighborhood is older, but diverse, with vintage deli shops and dusty tailors across the street from tattoo parlors and trendy clothes stores. Best of all, the neighborhood is on a hill just up from the sea, and the air is incredibly fresh and sweet.

The apartment didn’t work out, it was much to big, but we truly loved the area, so decided to keep looking in Hatay. After another long stint of asking every emlak office on the street, we found one with something to show us: a furnished 2-bedroom for 1,000 TL. The price was a bit higher than we had been looking for, but Hatay is a nice area with large, older apartments, so it would be hard to find something for less. And we hadn’t seen any furnished apartments all day. Could this be the one?

The apartment was on the fourth floor of a small building on a quiet street. For only 2-bedrooms, it was huge, and spanned the entire length of the building so that it had a balcony at each end. It had everything I would have wanted from a grand, European apartment: high ceilings, beautiful old wooden floors and tile, and funky retro-Ottoman furnishings. True, it wasn’t perfect. It needed a lot of cleaning and there were some furnishings that were tired and needed fixing, such as the bed-stands in the bedroom that a child had drawn all over. But we knew a good thing when we saw it, and decided on the 5-minute walk back to the emlak office that this would be our apartment!

It’s now been a month since we moved in, and we love it here. The neighborhood is just as awesome as I originally thought, and I’ve been enjoying discovering all the little shops around us, especially the old bakery on the corner and Damla Mandala, the exquisite deli that’s been around since the 1950’s and sells the most delicious cheeses and olives. I love having two balconies, a massive kitchen, and a second bedroom/office where guests can stay and from where I’m currently writing this post. I love being much closer to the friends we’ve made and to the places where we volunteer. Most of all, I just love being in an environment where I can finally feel at home in a foreign country.

And of now, some photos of our new home! 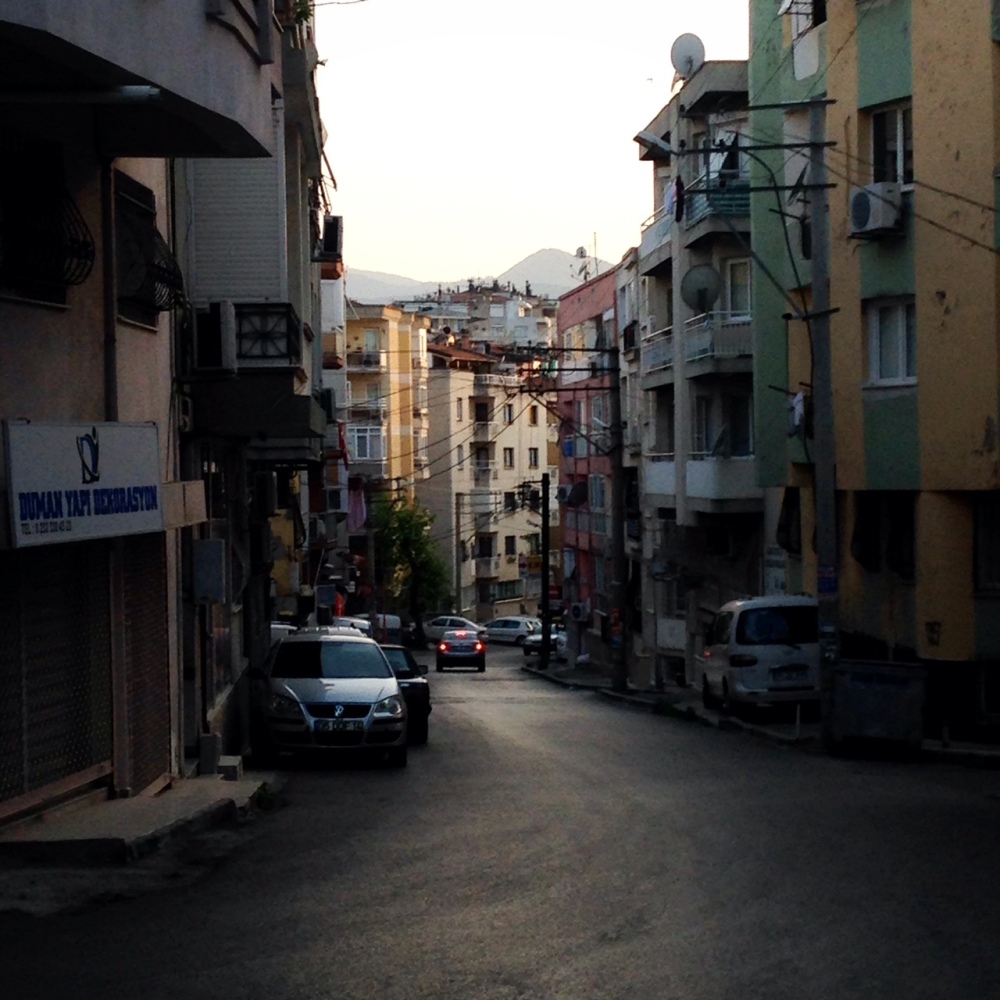 Our street at dusk 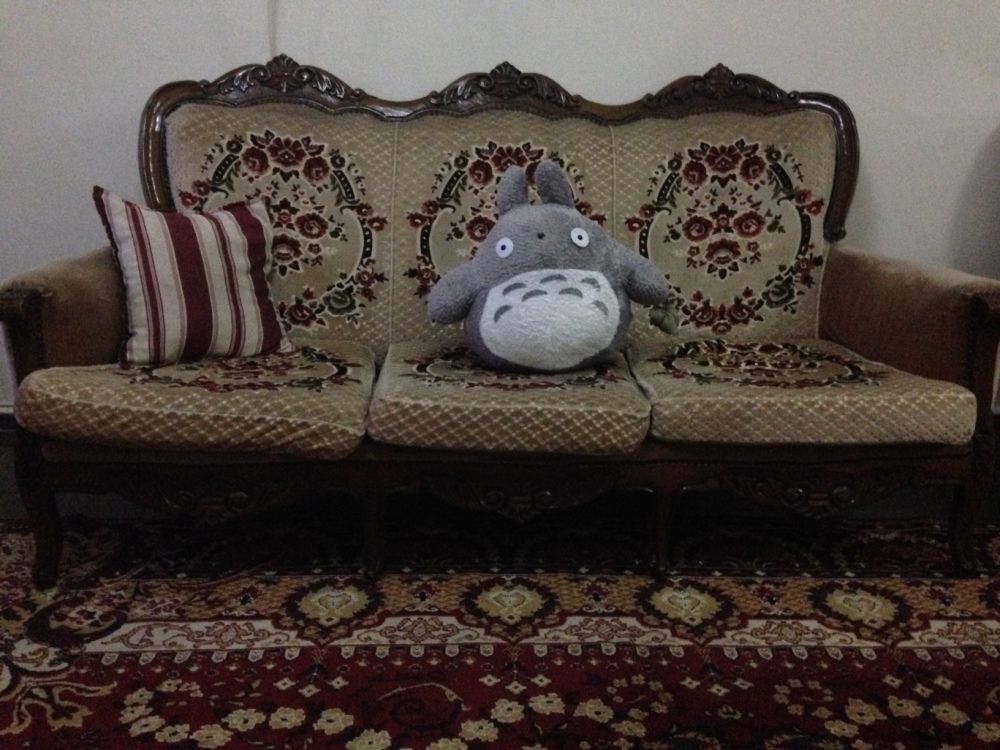 Totoro in the parlour 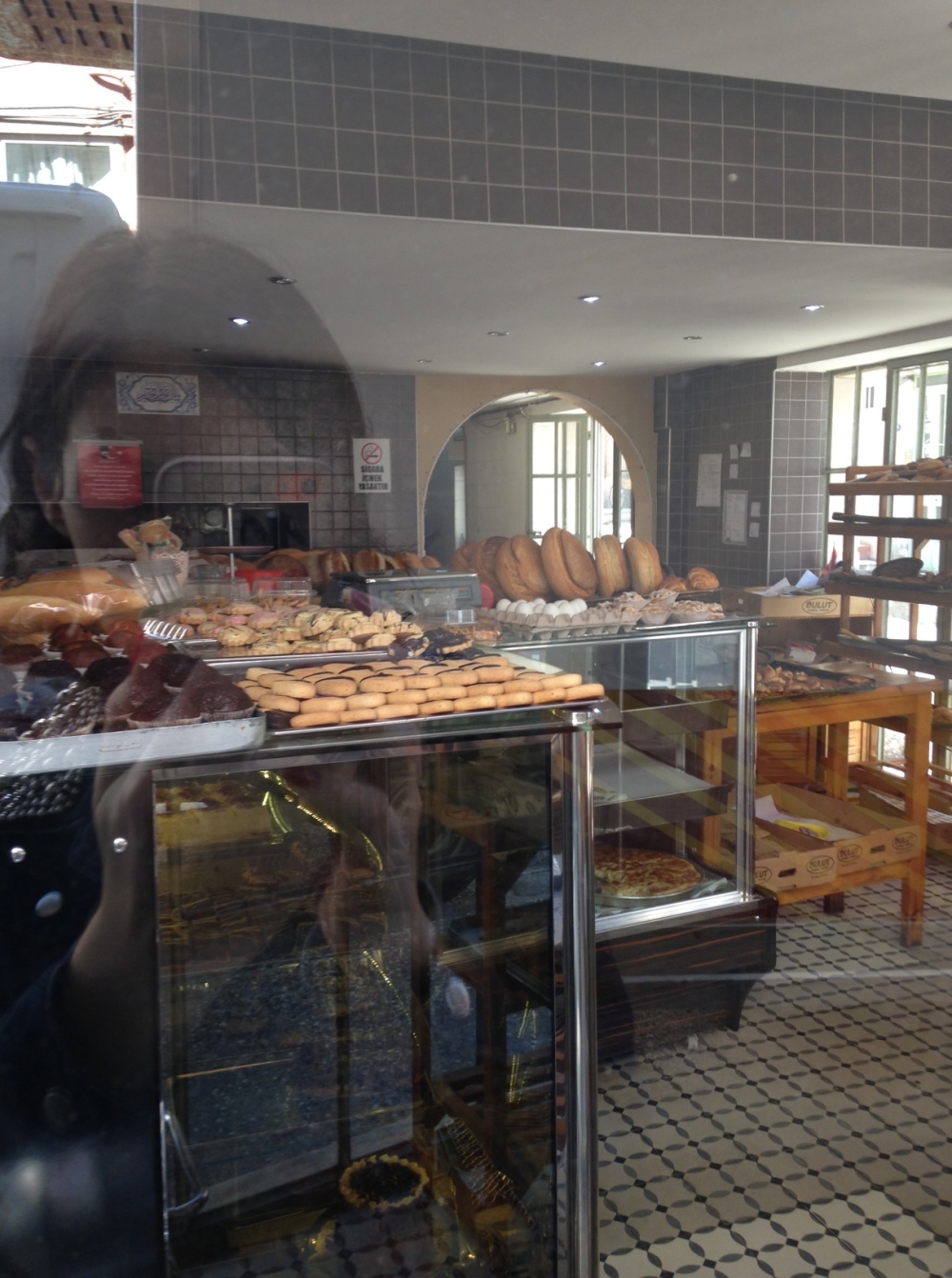 The bakery on the corner