At the end of a whirlwind month of travel that had taken us deep into Eastern Europe and back again, my partner and I chose to end our journey with a week in Nantes, France. We rented a studio apartment near the center of town and took it slow, savoring each new discovery like the 3 euro bottles of French wine we drunk each night.

Nantes may seem like an odd choice, but for us it was perfect. A friend had visited the city for a wedding a few months earlier, and her Instagram photos showed a place of new artistic vision and possibility. We knew we had to see it for ourselves.

Nantes is in Brittany, on the Northwest side of France, and is a port city on the Loire River. With 900,000 people, it is the sixth-largest city in France. Nantes has a long, fascinating history as one of the key cities in Brittany, and has wonderful historic sites to show for it, including an incredible cathedral, The Cathedral of St. Peter and St. Paul, and an intriguing castle, Château des ducs de Bretagne. Wandering through the historic center feels like stepping into a dream world of cobblestones and elegant facades, with inviting cafes offering the perfect espresso. 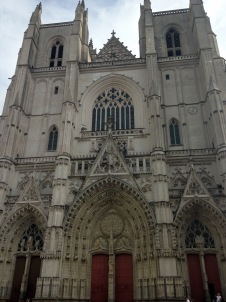 The Cathedral of St. Peter and St. Paul 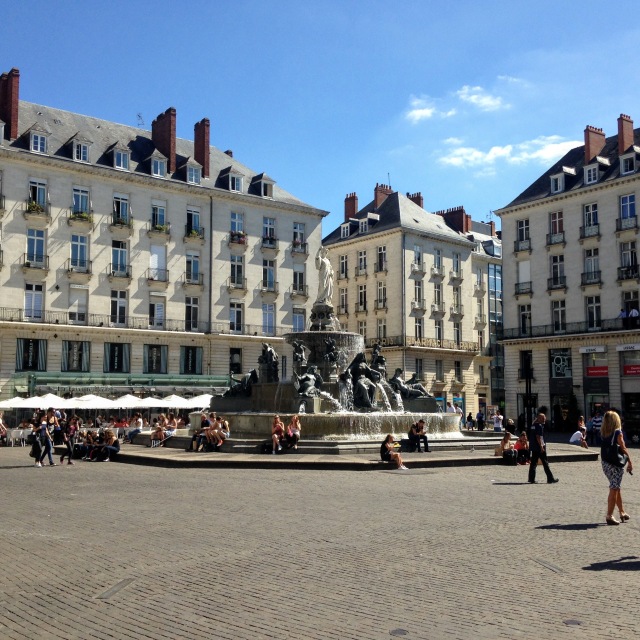 What I really loved about Nantes is it’s inventive blend of old and new. The city celebrates it’s rich history, but at the same time is not afraid to look to the future. Around the corner from where we stayed was Lieu Unique, an old biscuit factory that has been given new life as an art space with exhibits, shows, an arty bookstore, and a bumping riverside cafe. Empty space on the île de Nantes has been filled with wild art installations from contemporary artists from across the globe. Filling the old industrial center are new buildings with the most avant-garde and mind-blowing contemporary architecture I have ever seen.

Another thing I really loved about Nantes was it’s specific local culture. My partner was on a mission to find some books in French, and on our hunt we visited perhaps a dozen different book stores. There were not one but two New Age-y shops with crystals and decks of tarot cards and other divination tools I’d never heard of, an amazing graphic novel store tended by a smiling Frenchman with a ponytail, a shop/cafe devoted to books about films and films themselves, an incredible shop called La Géothèque that only sold almanacs and books about geography, anthropology, and travel, and more traditional shops with novels and poetry. Each store was busy, filled with engrossed browsers doing brisk business at the cash registers. You can learn a lot about a place by observing where people spend their time and money, and my impression from this experience was a society that is literary, nerdy, creative, and interested in the outside world. 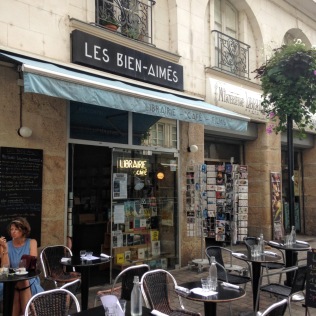 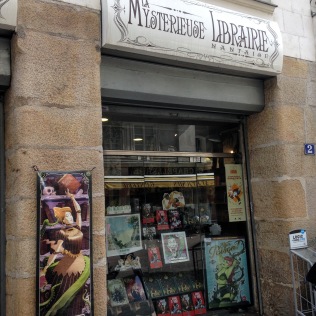 The pinnacle of all of this magic and mystery is my favorite thing in Nantes, Machines de l’île des Nantes. Machines de Nantes is a wondrous place, created by artists, inventors, and visionary thinkers as a way to refurbish an old ship yard and breathe new creativity into the world around them. It’s a little hard to explain exactly what this place is or why it is so special. Basically, Machines de Nantes consists of a variety of machines that have been influenced by the natural world and are animated via motors and old-school puppetry techniques. All of this has an element of theater and steampunk fantasy, but in the least cliche and most genuine way possible.

The Machinists’ first project was Le Grand Éléphant, a huge, 4-story tall wooden elephant that visitors can ride as it lumbers along. We boarded the elephant, and I was immediately transfixed. Every detail of the interior and top riding platform was perfect, all steel and smooth, polished wood, with little Tibetan temples on the sides, wide, flapping leather elephantine ears, a canopy overhead, and a lever that could be pulled by the passengers to shake the elephant’s tail. It was like Disneyland, but so much better!

An adorable old, bald steampunker, one of the machinists, welcomed us on board. Although I don’t speak French, I loved his little speech. He had a flair for drama and you could sense through his delicate hand gestures that he really loves his job. When the ride began, the elephant lurched to life, but the rest of the ride was quite smooth. As a passenger aboard Le Grand Éléphant, I was just as transfixed as I had been as a spectator, which is the brilliant thing about Machines de Nantes – there are two incredible ways to experience the machines, through viewing and through participating. The whole ride I was spellbound, emotional, on the verge of tears. I was experiencing magic on the purest level. At that moment, anything was possible, just like a visit to Disneyland as a small child.
More wonders awaited us in the Galerie des Machines, where new creations are tested and displayed. The machinists are currently working on their biggest project to date: the Heron Tree, a living steel and wood tree with real plants that will be populated by many fantastic machine beasts. In the Galerie, a glass-sided former warehouse, plants were being cultivated and a team of machinists gave wonderful demonstrations of the new machines for this visionary project. One by one, with volunteers from the audience, they brought to life a giant tarantula, a caterpillar, an ant. Finally, they demonstrated the heron itself, which, spreading its wings made of individual carved wooden feathers, soared over the audience with two passengers riding in wooden baskets suspended underneath it.

The third attraction of the Machines de Nantes is the Carrousel Monde de Marines, another place where dreams come true. It is a 3-level carousel, and all of the creatures and carriages are taken from the sea. There is a crab, a giant squid, a ray, a pirate fish, a submarine, one of those bio luminescent fish from the bottom of the sea, and other such fantastic marine beasts. But the real joy of the carousel is that it is not just a ride, it’s a show, and it is up to the rider to bring their element to life by pulling levers and pushing buttons to move flippers, rudders, and fins. Once again, I find it hard to put into words what is really so special about this place, but here, by means of machinery and human talent and creativity, magic is real. Your ticket to the carousel allows you to ride twice, but before riding you should watch the carousel in action, and carefully select which creature you would like to animate. Our first ride was on the manta ray, on the second level, which glides through the sea high above the bottom creatures. I sat in front, controlling the eyes and lips, while my partner had the snapping jaw and tail. We decided he was a stealthy, sly beastie, and I tried to make the eyes open and close slowly and delicately.

For our second ride, we chose the submarine on the bottom level, and together controlled the metal pinching arms and working headlamp. The submarine was enclosed, and there were lots of lights, dials, and buttons to press inside, as well as a telephone that kept ringing!

All too soon, the ride was over, and in a dream we wandered back to reality. While observing and experiencing the many wonders of Machines de Nantes, so many thoughts and emotions were running through me, and I left feeling elated and inspired. THIS is the world I want to live in, the future I want to be a part of, where dreams and creativity flourish, where anything is possible, where people build machines and create magic. 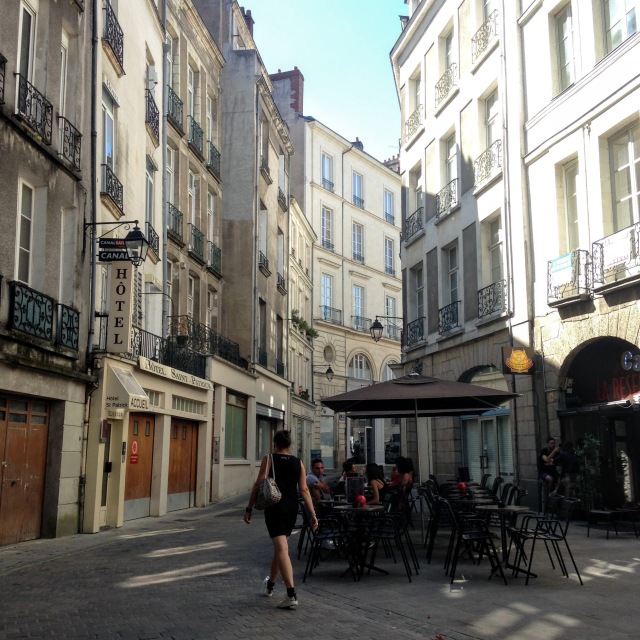