After almost three months of no internet, it was time to find a new apartment. We had done a little searching on Sahbinden.com, a website that is like Turkey’s version of Craigslist, and had come up with some listings that looked promising. As with most official things in Turkey, seeing these apartments with our very limited Turkish would have been very difficult, but luckily our friend Yasin agreed to help us out.

Yasin is another friend we’ve made from Couchsurfing. He is a medical student in his second year at Dokuz Eylül University here in Izmir but he is originally from Istanbul. He is incredibly friendly and always has a smile on his face, and is one of those warm, good-natured people that just love to meet and help new people. Our apartment search literally couldn’t have happened without him!

Yasin had made contact with three different real estate agents in Üçyol. Our commute had been another problem with our old apartment. Izmir lies around a horseshoe bay, and we had been living on the opposite side of the bay from where we’ve been spending time. Practically every day we’d been making the 45-minute trek over to Basmane or Çankaya, two areas that are much more centrally located than our first neighborhood, Demirköprü.  Üçyol had been recommended to us as an area that was nice to live, closer, and cheaper, so that was where we intended to look for our new apartment.

We went to the first emlak (real estate) office, but no one was there, so we went down the street to have a çay and wait for him. That’s what you do in Turkey if you have to wait, you have a çay! We didn’t have to wait long before he called and said he was on his way.

But once the agent showed up, it turned out we did have to wait longer. From my experiences with looking for apartments in the US, usually you see the apartment first and then if you like it the person showing it starts grilling you about your income, job, etc. In Turkey it seems to be the other way around. The agent had a cigarette and started asking Yasin questions about me. I wasn’t getting a good feeling about this guy. It seemed like he didn’t really care about me or his job.

We had made an appointment to see an unfurnished apartment for 700 TL, but the agent said he also had a furnished one for 1,000 TL that was on the way, so I agreed to take a look. We set off, and saw the expensive furnished apartment first. It was really nice, and everything in it seemed brand new and modern, and it was super close to the metro. I liked it, but it was more than Zac and I had been talking about spending and I really wanted to see the apartment we’d called about. But then things got a little weird. The sleazy agent called the owner to see if we could go see it, but the owner wasn’t around. He said we could come back and see it the next day. I have a suspicion that they just wanted me to get the more expensive apartment and were trying to upsell me, so I was definitely not going to take an apartment from those guys!

Fancy lighting in the expensive apartment

So we went on to the second emlak office. No one was there, so we waited outside for a bit and chatted. A janky, old white Turkish sedan noisely pulled up and parked. “I hope that’s not our guy”, I remarked. A crazy, loud, middle-aged Turk with heavy gold jewelery and missing teeth got out and walked towards us, his hand outstretched. It was our guy!

Once inside the office, a long conversation in Turkish ensued between him and Yasin. Despite the famous hospitality of Turkey, emlak agents can be really suspicious of strangers. Which is understandable. They want to make sure that they are renting to people who will pay on time and not destroy the property. The people that we’ve met are always happy to meet us, but are confused as to why exactly we are here. Travel, volunteering, and teaching just doesn’t seem to be a convincing answer.

But after a while Crazy Guy decided he liked me and took us to see the apartment- in the janky white sedan. Driving like a true Turkish Crazy Guy, I think we narrowly avoided hitting two people and a head-on collision. I was grateful when he threw the car in park in an illegal parking spot outside a grocery store and declared that we had arrived.

Yasin and I after riding in the car with the Crazy Guy. We look happy but are actually terrified!

We were seeing two apartments that he had in the same building, one furnished and one unfurnished. The furnished was cheap, only 650 TL, but not good. The furnishings were tired and old, the kitchen sad and dark, and the bathroom moldy. No dice. 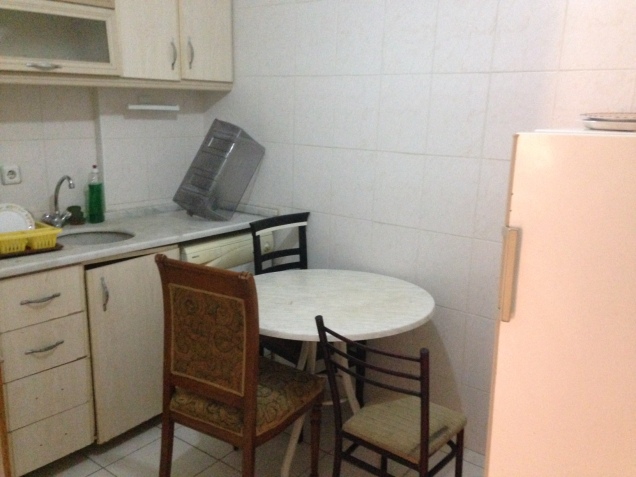 A little problem with the bathroom. . .

The second was also cheap at just 475 TL, and was actually quite good. It was the perfect amount of space for us, clean and well-kept, but it was unfurnished, and the old couple living there wouldn’t be out until April 18th, so we’d have to negotiate with our landlord to stay a bit longer. I told Crazy Guy that I was interested but would think about it, and after another wild ride in the janky white sedan, he dropped us at a restaurant so we could fuel up before continuing our search. 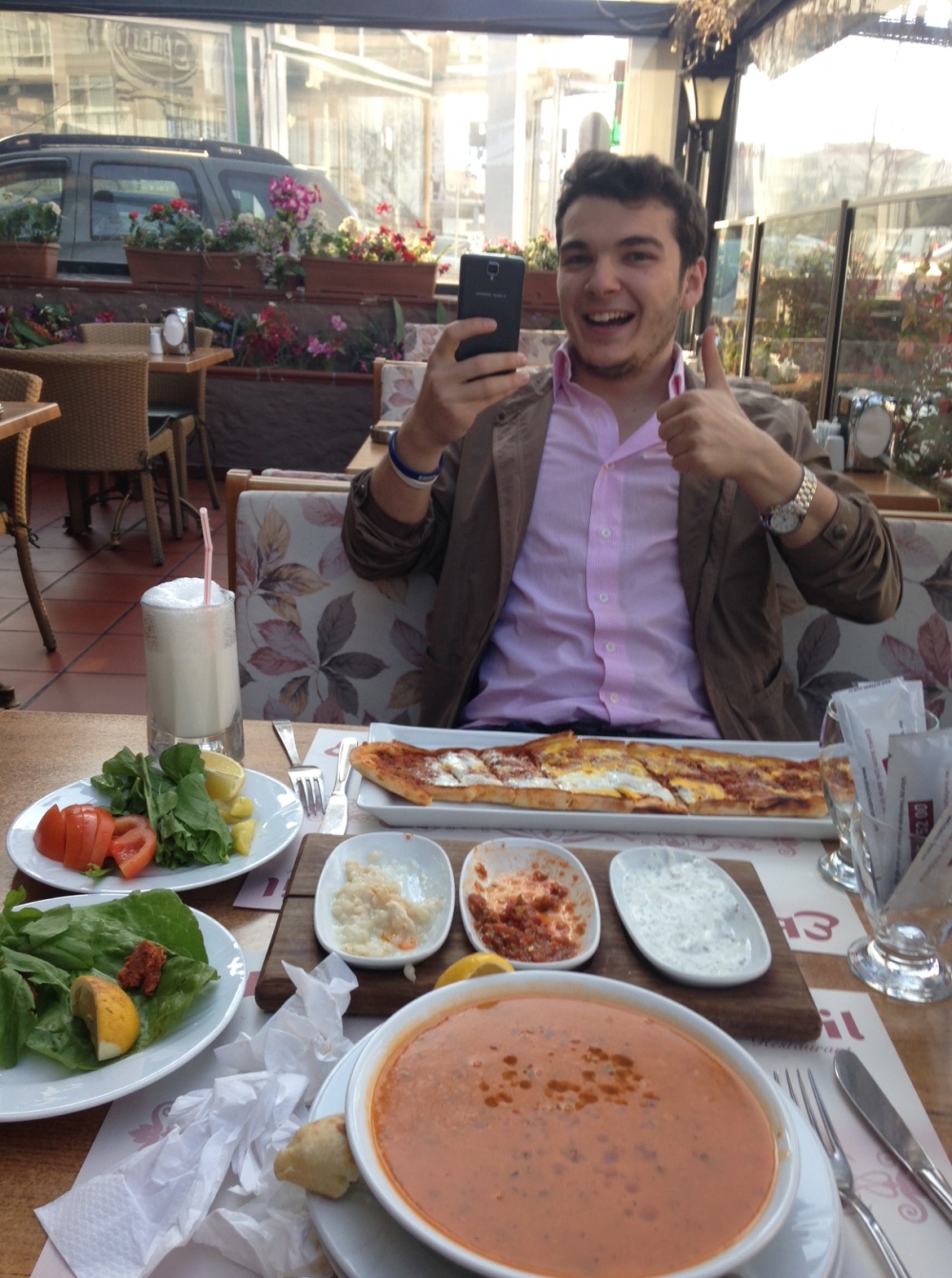 After an amazing meal of çorba and pide, and some Turkish coffee to pep us up, we decided to forget searching online, and would instead just hit the streets and enquire at as many emlak offices as possible. Which turned out to be a lot. Just as there seems to be a barber shop on every corner in Turkey, so too are there emlak offices.

It was surprisingly slow going. We must have dropped into 10-15 emlak offices that day with very little result. Many only had apartments for sale or none in our price range. A lot didn’t want to rent to foreigners or only wanted to rent to memurs (civil servants). Some took down Yasin’s number and said they would call (although most of them never did). Finally, we were in a office filled with kind older men who decided I had a nice face and started calling all of their emlak friends to see what they could do for me. They hit upon one, an unfurnished apartment for 800 TL that was a short walk from the metro stop.

I really liked this apartment. It was exactly in the area we wanted, and had a nice balcony and large and airy rooms. But with three bedrooms it was far too large, and would be expensive to furnish. Also, it was on the 4th floor, but had no air conditioning, and Izmir is murderously hot in the summer. I also wanted the apartment to work out because the emlak guys had been so gracious to me, but it just wasn’t to be. 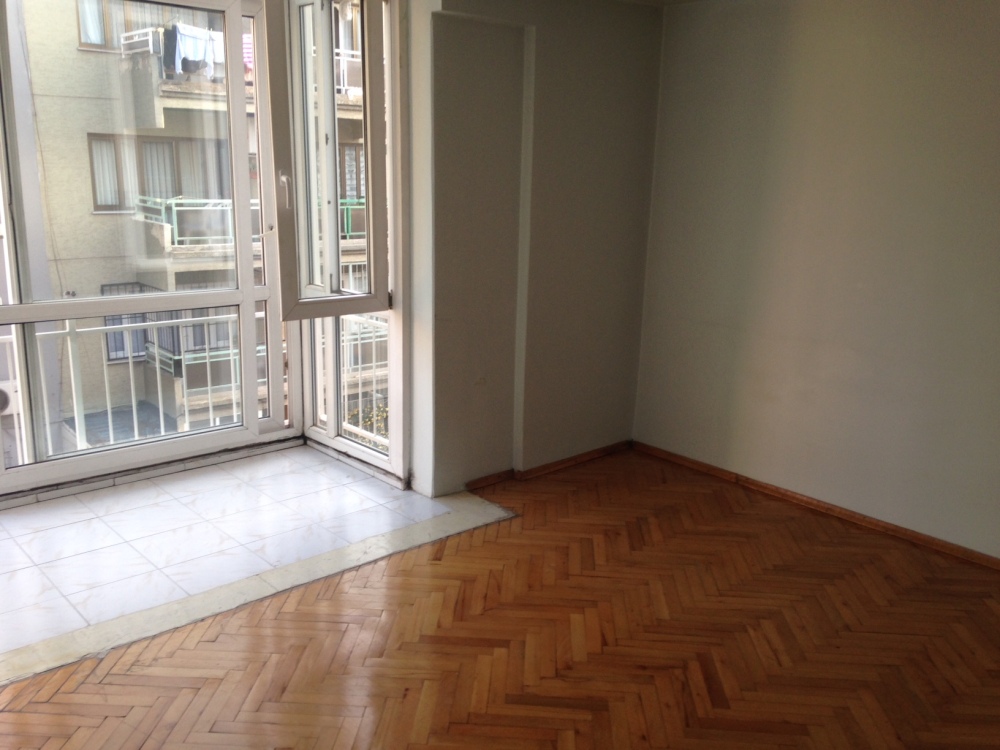 It was late in the day when we walked into the last office, a tired, cramped room on the main street. The woman there said she had something, a furnished one-bedroom for 800 TL. Perfect. She called the landlord, made some çay, and we waited to meet him. While waiting, I took in the details of the office. There was a bird cage with a parakeet, multiple pictures of Ataturk of course, and at least 3 “No Smoking” signs although the office smelled like they’d been smoking in it for the past 20 years. Classy.

Ambiance of the emlak office

Finally, the woman got word from the landlord that he was there, and had an old man in a baggy old suit take us over there. I will call this man Crazy Guy #2. He was not as outwardly crazy as the first, but definitely not all the way there, and had the car to match. We got in the back of a white van that looked like it was about to fall apart at any moment. One door was wired shut, parts of the ceiling and floor were bare metal, and the back didn’t close, making for a nice breeze as we hurtled along. For ten minutes I forgot I was in the third biggest city in Turkey and was transported to the country back road where this car had surely come from.

This photo doesn’t even do it justice

The final apartment was pretty great. It was on a quiet cul-de-sac close to a bustling street with restaurants and markets, and was well-furnished, with a new cooker and washing machine. It was a good size for us and had air conditioning. The landlord said he could probably put in internet, and I said I’d think about it and talk to Zac and get back to him soon. 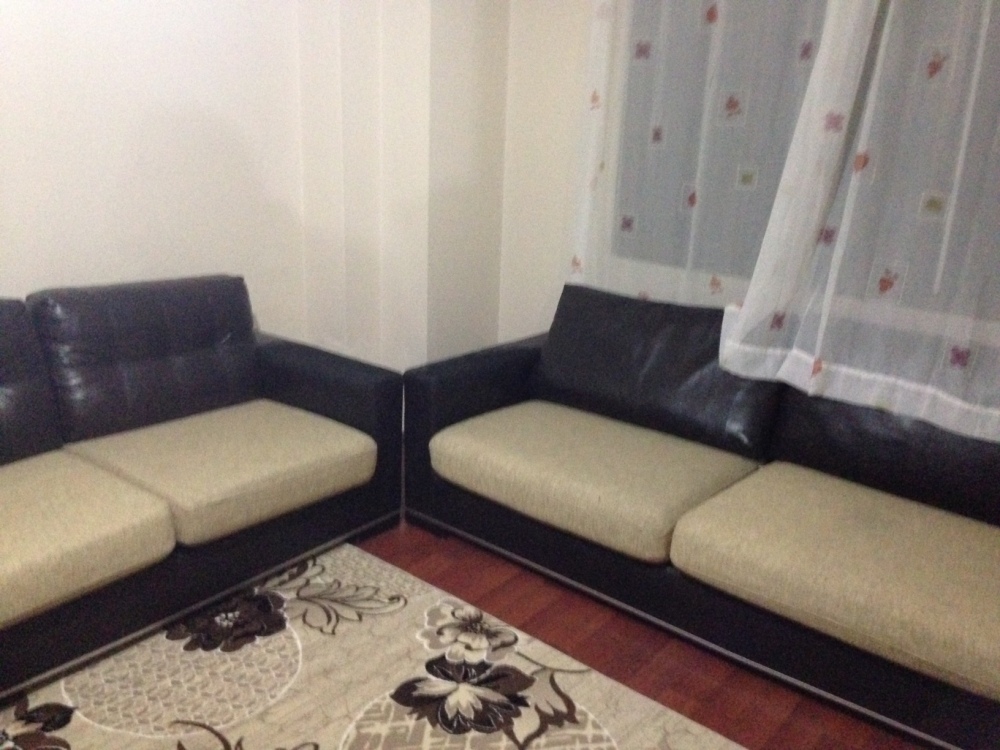 Not bad! The fifth apartment

After 6 hours, 5 apartments, 4 cups of çay, 2 crazy car rides, and countless emlak offices, we finally had a good option for a new apartment. But the adventure wasn’t over yet. . . 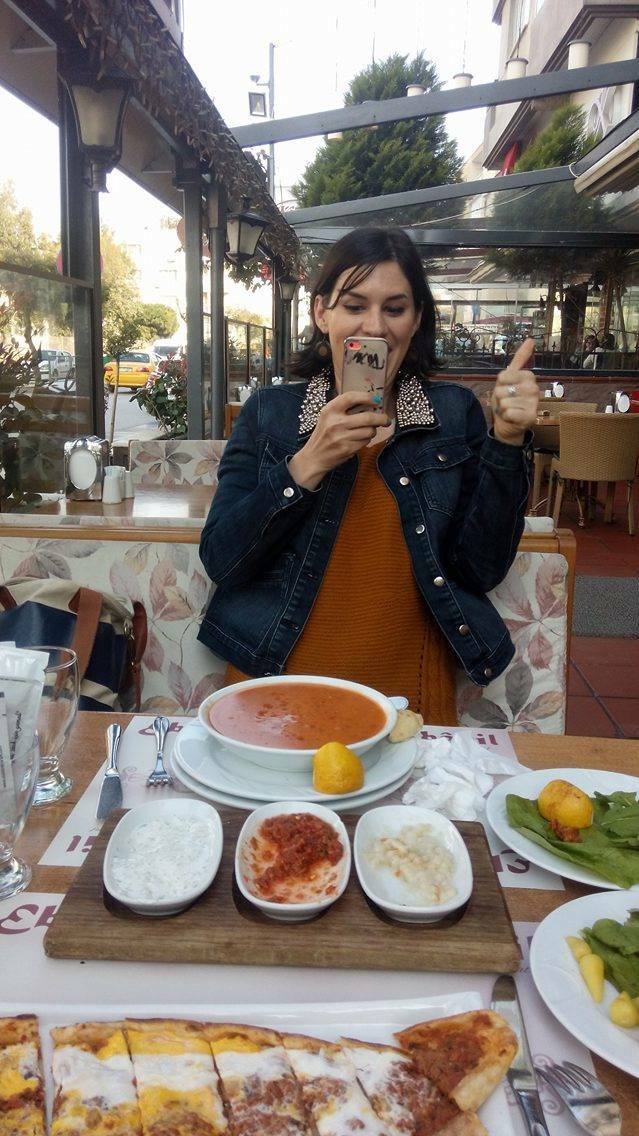 Dogs in my life: Clover and Archie. #dogsofinstagram
HAIM at the iconic Hollywood Bowl, and one helluva show. I only discovered their music in the last few years, but it was the right thing at the right time, and watching them live I was blown away by their musicality and genuineness. Thank you @haimtheband #hollywoodbowl #onemorehaimtour #summergirl
Milano Mule at Little Toni’s in NoHo. #laeats #itsfiveoclocksomewhere #campari
Chag Pesach sameach! Featuring my grandparents’ Seder plate. #pesach #passover #seder
Old tree near my parents’ new house. #california
Brunch with a view in Venice, CA. #adventureswithfriends #weekendbrunch #nikonf3 #highrooftoplounge