I don’t get sick very often, but when you move to a new place and are still acclimating, or work with kids, or take public transportation, it’s not uncommon to get sick from time to time. Since all of the above currently applies to me, it was perhaps not so surprising that on Sunday night I found myself with a sore throat. “I hope I’m not getting sick!” I thought.

Monday when I woke, I definitely felt sick. My throat was now REALLY sore, and accompanied by general tiredness and a slight fever. Classic flu symptoms. I stayed home that day.

Tuesday I definitely felt better and went back to work. Throat was still sore, and in the afternoon I was feverish again, but nothing cough drops and cold medicine couldn’t cure. Right???

Wednesday night my throat felt like it was on fire and was so swollen that swallowing had become difficult, and I was still having fevers and chills. I braved the mirror and shined a flashlight at the back of my throat. It was nasty, complete with white patches on my red, angry tonsils. Uh-oh. It looked as though Thursday, my day off, would be spent having a grand adventure: my first hospital visit in Japan.

Lucky for me, there is a hospital in Nagoya, Serei or Holy Spirit Hospital, that employs translators and accepts walk-ins until 11:00 am, so Thursday morning I bundled up and took the half-hour subway ride there. Once inside, even in my sick, fever-induced state, I was ready for the kinds of struggle and confusion that usually occur when you need to get something important done in a place where you don’t speak the language, like visiting the bank or post office – but my entire hospital visit was simple, efficient, and easy, thanks in part to the orderly system of the hospital but mostly thanks to my awesome translator, who barely left my side the entire time I was there. He explained the procedures to me, helped me fill out paperwork, took me from various receptions desks to examination and treatment rooms and finally to the pay counter. He was awesome. 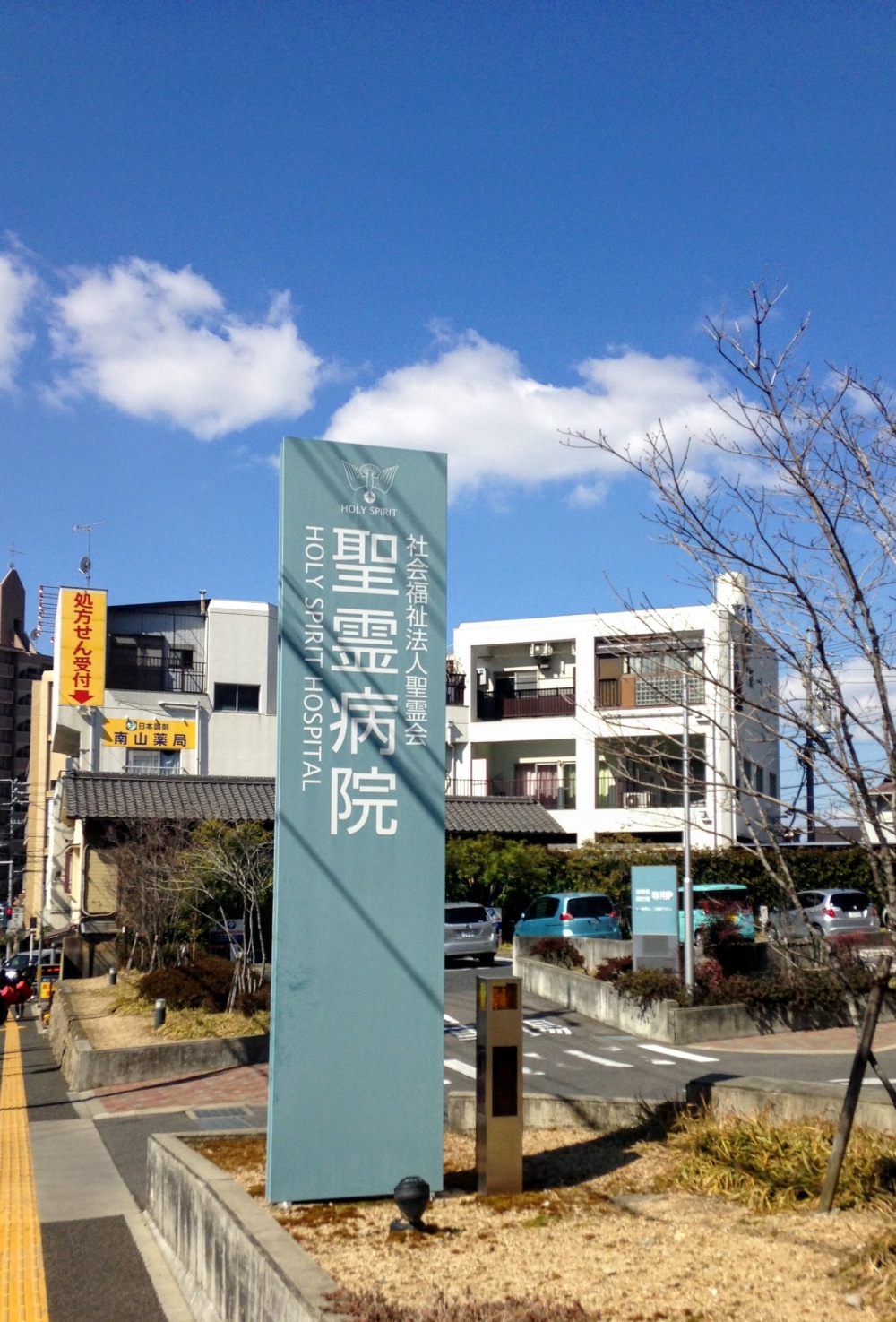 I also really liked the doctor, a hardy, wizened woman who was all business. She looked in my throat, and her eyes widened. She said something to the effect of “That’s some nasty shit right there”, but more professionally and Japanese, and, like a seasoned general on a battlefield, swiftly came up with an aggressive plan of attack. She swabbed my throat, a procedure I’ve had before and which I recall as being one of the most painful things ever, but the Japanese doctor did it ever so gently. Not only was she aggressive and through, but she had a good bedside manner too! My favorite kind of doctor. She said she could give me a prescription for an oral antibiotic, but she’d rather administer antibiotics with an IV drip, if I had the time. They would work quicker this way. Whatever you want, doc, I’m in your hands! As she was writing some notes and prescriptions for my red file (the sacred file you must carry during all stages of your visit to Serei Hospital), she casually mentioned that if I’d waited much longer I would have been hospitalized. Great.

I didn’t know that antibiotics could be given with an IV, I’d always just assumed it was something you took in a pill. We just don’t seem to do it this way in the US. I was thrilled to be given this option, if the doctor deemed it best. But I have to admit, as I walked over to the main treatment room with my translator, I started to get a little nervous. I’d never had an IV before, and wasn’t really sure what it would feel like. Also, I have fainted before when getting blood drawn. What if I fainted again??? I guess I’d be laying down so no one would notice.

I was taken into the room and laid down on a hospital bed, where I was prepped and fussed over by a cute nurse with sparkly eyeshadow who kept laughing at me since it was my first time. She swabbed my arm, found a vein, and inserted the needle, apologizing in Japanese as she did so. She took a blood sample first, so the doctor could look at the bacteria levels in my blood and determine the cause of my illness, then hooked me up to the IV drip and let me lay there and nap for 30 minutes. I don’t know why I was so nervous, it wasn’t bad at all. At some point I must have gotten over my fear of needles. 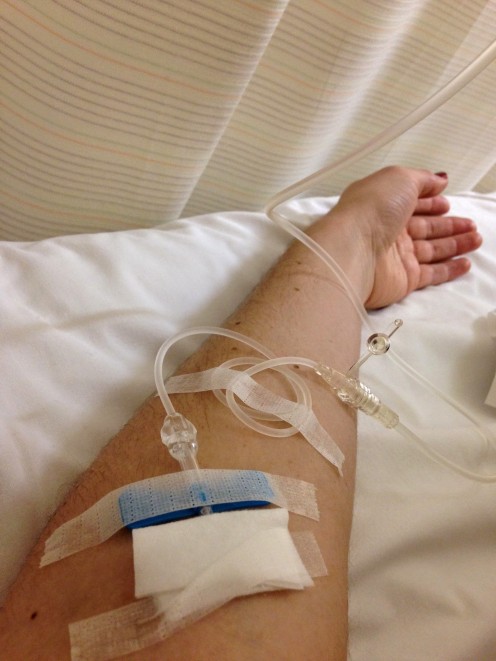 After my IV drip/nap time, my translator returned and took me to pay. Japan is obsessed with automation, so it came as no surprise to me that payment was done via an automated machine. I had no idea how much it would cost, and was amazed that seeing the doctor, getting a throat swab, blood test, and antibiotics via IV only cost ¥4,350 (roughly $38) with my insurance. You can barely just see the doctor for that price in the US, even with insurance! Amazing. And my two prescriptions from the pharmacy were only ¥910 (around $8). I’m sold. Japanese healthcare, I love you.

I went back the next two days for two more rounds of antibiotics on the IV drip, and both times the experience was just as easy as the first, with my same translator leading me, but I never did get the cute laughing nurse again. And while Thursday I still felt like death the whole day, I improved dramatically with each subsequent hospital visit. That doctor really knows her stuff.

Thus, my battle with tonsillitis was won, and just in time too: I move to Kanazawa in less than a week and will begin a new chapter in my adventures in Japan!